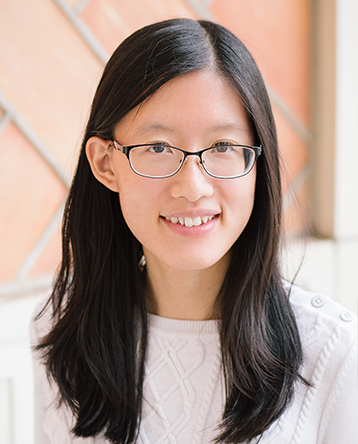 Carlee Joe-Wong is an associate professor in Electrical and Computer Engineering at Carnegie Mellon University Silicon Valley. She is broadly interested in the optimization of networked systems, with a focus on the role of incentives and user behavior in this optimization. This includes work on smart data pricing, fair resource allocation, and distributed network architectures. She is particularly interested in applying theoretical insights to practical system deployments, and mathematical and economic aspects of computer and information networks.

She received her Ph.D. from Princeton University’s program in Applied and Computational Mathematics (2016). She is primarily interested in incentives and resource allocation for computer and information networks, including work on smart data pricing and fair resource allocation. From 2013-2014, Joe-Wong was the director of Advanced Research at DataMi, a startup she co-founded based on her data pricing research. DataMi's products have been deployed by Internet service providers around the world, including AT&T in the U.S., Airtel in India, and Orange in Europe. She received the INFORMS ISS Design Science Award in 2014, the Best Paper Award at IEEE INFOCOM 2012, and was a National Defense Science and Engineering Graduate fellow (NDSEG) from 2011-2013. At CMU, she leads the LIONS research group (Learning, Incentives, and Optimization in Networked Systems).

Akin to when Model Ts traveled alongside horses and buggies, autonomous vehicles and human-driven vehicles will someday share the road. How to best manage the rise of AVs is the topic of a new Carnegie Mellon policy brief.

Over $350K in seed funding has been awarded to 14 different faculty and staff in seven different departments across three colleges at CMU.

Eight research projects lead by CMU Engineering faculty have been awarded 2020 Seed Grants for Energy Research by the Scott Institue for Energy Innovation.

Carnegie Mellon CyLab’s Secure and Private IoT Initiative (IoT@CyLab) has announced its second round of funding, which will support ten IoT-related projects for one year.

ECE/CMU-SV’s Carlee Joe-Wong helped develop a theoretical framework that allows cloud providers to price burstable instances for maximum revenue. This will also result in cheaper and more efficient payments for users. Joe-Wong and her collaborators wrote a paper on the topic, which was presented at INFOCOM 2019.

By taking a closer look at burstable instances, Carlee Joe-Wong works to make website performances—and the revenues of the people who run them—the best they can be.

We are counting down to the new year with CMU-SV’s top 10 of 2018, celebrating novel projects, awards, and research wins from this past year.

Pricing and processing data far from the cloud

IoT devices are coming online, and Carlee Joe-Wong wonders how we might put prices on them.

Pricing and processing data far from the Cloud: Carlee Joe-Wong on the economics of the IoT

The Internet of Things (IoT), mobile networks, and edge devices have become integral to daily life. Plenty of devices have enough computing power to process large amounts of data far from a centralized entity like the cloud. Computing this way offers faster networks and smart buildings.

CMU-SV Professor Carlee Joe-Wong is interested in how to create networks that can stand up to high volumes of traffic.

A research paper written by ECE’s Carlee Joe-Wong, University of Minnesota’s Soumya Sen, and University of Colorado’s Sangtae Ha was referenced by Forbes in an article about the current net neutrality debate.