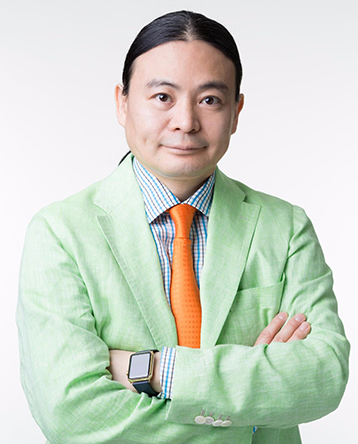 Hideto Tomabechi received his Ph.D in computational linguistics from Carnegie Mellon University (CMU) in 1993. Before attending CMU, Tomabechi was a Fulbright Research Scientist at Yale Graduate School of Computer Science, Yale AI Project and Yale Cognitive Science Program in the mid 1980’s. During his over 30 years of research in the areas of AI, natural language processing, massively parallel computational architecture, and cyber security, he has led a number of government research projects in Japan.

In the 90’s, after completing his Ph.D at CMU, Tomabechi became an associate professor at Tokushima University and then joined Justsystem as a VP R&D. Justsystem was the largest software maker in Japan at that time. At Justsystem, in the mid 90’s, Tomabechi led the project “Bechi Unit,” which may be the world's first implementation of cryptocurrency based on the Tomabechi Algorithm. The Tomabechi Algorithm was a part of his 1993 CMU Ph.D thesis, which is a linear time directed (both acyclic and cyclic) graph algorithm which attains pure discrete mathematical monotonicity. Nakamoto style blockchain attains monotonicity by the hashing of tree data structures, whereas Tomabechi Algorithm attains monotonicity by discrete mathematical computational model through directed graph algorithms and non-destructive data structures.

After leaving Justsytems, Tomabechi focused his research areas in government projects. For the past several years, Tomabechi’s main contributions have been leading collaborations between the Japan Self Defense Forces (JSDF) and CMU that enhance the cyber defense capabilities of JSDF. He has also been advising a number of governments in crypto-related policies, and advising private sector institutions around the world, including crypto exchanges and ICO companies.