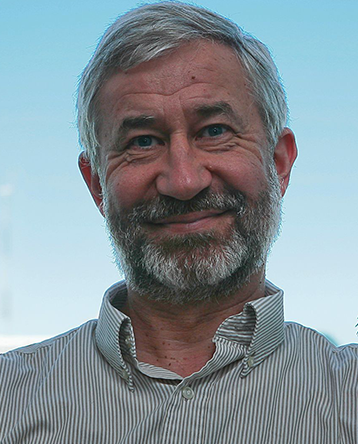 Peter Steenkiste is a professor in the Departments of Computer Science and of Electrical and Computer Engineering at Carnegie Mellon University. He received the degree of Electrical Engineer from the University of Gent in Belgium in 1982, and his M.S. and Ph.D. degrees in Electrical Engineering from Stanford University in 1983 and 1987, respectively. He has done research in a variety of areas, including high-performance networking and computing, network QoS, network monitoring, pervasive computing, and wireless networking. His current research is in the areas of future internet architecture and wireless networking.

Steenkiste is a member of the ACM and a Fellow of the IEEE. He has been on many program committees and he was co-chair for the OPENSIG'99 workshop and the "Eight International Workshop on Quality of Service (IWQOS'00)". He was also program chair for HPDC'2000 and general co-chair for ACM SIGCOMM'02. More recently, he was program co-chair for MobiCom 2008. He has been an associated editor for IEEE Transactions on Parallel and Distributed Systems (1998-1999), IEEE/ACM Transactions on Networking (2000-2003), and Cluster Computing (2000-2004), and he is currently on the editorial board of the Journal of Grid Computing.