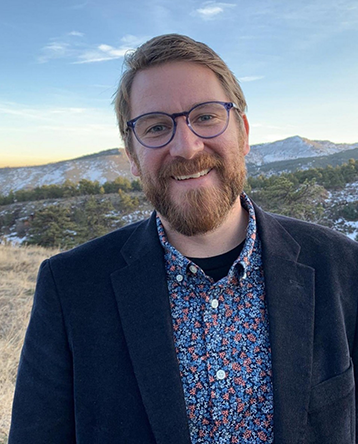 Brandon Lucia is an associate professor in the Department of Electrical and Computer Engineering at Carnegie Mellon. He researches the boundary between computer architecture, computer systems, and programming languages. He leads the abstract research group.

Some of his current research interests include: making intermittent computing devices that harvest energy from their environment and are programmable, reliable, and robust to common-case power failures. These devices are really exciting because they are a great fit for sensing, medical implants, “extreme” scenarios, and many other applications. He also researches the need to create better software systems and computer architectures that make parallel computing correct, reliable, and efficient. The problem space is especially interesting now with the end of Moore's Law and Dennard Scaling, and the move to crazy heterogeneous parallel systems, approximate computing, distributed system architectures, and emerging (e.g., non-volatile, biological) technology maturing and becoming useful.

Lucia's cross-cutting computer systems research has led to a 2018 NSF CAREER Award, the 2018 ASPLOS Best Paper Award, three IEEE MICRO Top Picks in Computer Architecture (2009, 2010, 2016), a 2015 OOPSLA Best Paper Award, the 2015 Bell Labs Prize, a 2016 Google Faculty Award, and an appointment to the DARPA ISAT study group. He received a 2021 Sloan Research Fellowship, a VMWare early career grant, and an IEEE TCCA Young Computer Architect Award. He received his Ph.D. in Computer Science and Engineering from the University of Washington in 2013.

Assistant Professor of Electrical and Computer Engineering Brandon Lucia designs the basic technology to support “energy harvesting computers,” or devices that can perform computations, sense their environments, and communicate using energy that they extract from their environments.

With major investments in infrastructure and innovation pending, a multi-disciplinary initiative lead by EPP’s Erica Fuchs is building the tools and innovations to inform government decisions.

ECE’s Giulia Fanti and Brandon Lucia are recipients of the 2021 Sloan Research Fellowship, which honors early career scholars whose achievements put them among the very best scientific minds working today.

Over $500K in seed funding has been awarded to 10 different CyLab faculty in six different departments across three colleges at CMU.

Computing at the edges of the Earth—and beyond

Brandon Lucia has developed new hardware and software that enables reliable sensing and processing onboard nanosatellites smaller than the size of a playing card.

Intelligence beyond the edge

The CONIX Center is creating the architecture for networked computing to better connect edge devices to the cloud in the IoT.

ECE’s Brandon Lucia and his students were awarded a Best Paper Award for their work on software for energy responsiveness in energy-harvesting devices.