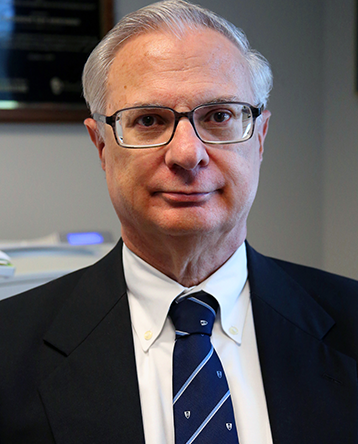 Daniel P. Siewiorek is the Buhl University Professor in the Departments of Electrical and Computer Engineering and Computer Science at Carnegie Mellon University. He has designed or been involved with the design of nine multiprocessor systems and has been a key contributor to the dependability design of over two dozen commercial computing systems. Siewiorek leads an interdisciplinary team that has designed and constructed over 20 mobile computing systems. He has written nine textbooks in addition to over 475 papers.

He is the former director of the Quality of Life Technology NSF Engineering Research Center and previously served as director of the Engineering Design Research Center and co-founder of its successor organization, the Engineering Research Accelerator. In addition he has served as department head of the Human Computer Interaction Institute, chairman of the IEEE Technical Committee on Fault-Tolerant Computing, and as founding chairman of the IEEE Technical Committee on Wearable Information Systems. He has been the recipient of the AAEE Terman Award, the IEEE/ACM Eckert-Mauchly Award, and the ACM SIGMOBILE Outstanding Contributions Award. He is a Fellow of IEEE, ACM, and AAAS and is a member of the National Academy of Engineering.

ECE’s Anthony Rowe has been named the inaugural recipient of the Daniel and Karon Walker Siewiorek Endowed Distinguished Professorship in the College of Engineering, which has been inspired by Dan Siewiorek’s dedication to electrical and computer engineering and computer science.