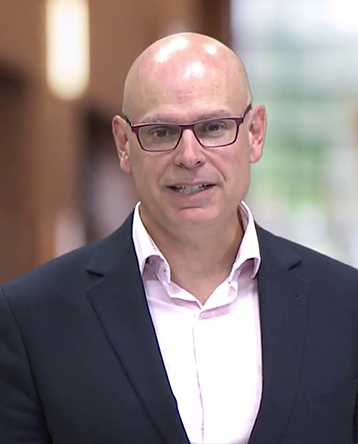 Robert Cunningham is the associate director of cyber assurance in the CERT Division at the Software Engineering Institute and is an adjunct professor of cybersecurity at the Institute for Software Research in the School of Computer Science and Electrical and Computer Engineering at Carnegie Mellon University.

Rob started his career in industry, designing and developing a parallel and distributed operating system for a weather radar system. After completing his master’s degree, he joined the Machine Intelligence Group at Lincoln Laboratory, where his research focused on machine learning applied to seismic analysis, digital image processing, and image and video understanding.

He became curious about securing sensors, data, and systems, which led him to use machine learning to develop intrusion detection systems, and subsequently to protections against remote and local attackers, focusing initially on embedded systems and subsequently on cloud systems, using techniques of system security and cryptography.Along the way he led multiple Groups at MIT Lincoln Laboratory, each with a different focus on computer security: test and evaluation, intrusion detection, intrusion prevention, hardware security and cryptography. He sought and started collaborations leveraging the basic research performed by academia and the applied research performed by the FFRDC.

Throughout his time working on cybersecurity, a constant has been evaluating the performance of security systems. Cunningham has patented security-related technology, presented and published widely, chaired the IEEE Cybersecurity Initiative, and served as founder and general chair for IEEE Cybersecurity Development (SecDev) Conference, among others. Several of his systems have been used to secure government networks. Cunningham has also served on national panels and led many national teams.